My first task was to create Norfolk’s PCC social media channels, Twitter, Facebook and Google+. I created and branded the channels as well as trained the team on how to use social media, what ‘to do’ and what ‘not to do’ when it came to engaging with the public.

The Norfolk PCC creates a weekly newsletter that covers the news and events of the PCC. Initially, the newsletter was produced in a desktop publishing package (DTP), compressed into a PDF, and then emailed to a mailing list.

Although there was nothing wrong with this approach per se if you are sending out the newsletter on paper, the newsletter’s primary delivery channel is digital so it should be created as an HTML email so recipients have a better user experience reading the content.

I suggested to the team they should use MailChimp to create and distribute their newsletter. The team was immediately receptive to this idea due to the nice designs that were achievable in MailChimp but also the system took care of the administration of the distribution list, which was welcomed with open arms by the Admin team.

The Norfolk PCC website needed modernising to incorporate modern-day features such as social media integration, user comments and surveys. The Content Management System also needed modernising and to save money, the CMS was replaced with an Open Source solution. The Information Architecture (navigation) was redesigned to give the website a better user experience. Content and documents were organised in a Library metaphor rather than organised in an organisation structure. Documents are managed by a Document Asset Management tool for better organisation and version control.

The new website received glowing feedback with regard to the new look and feel as well as the new organisation arrangement of the content.

The Norfolk PCC website was a great project to work on as I learned a lot with regard to accessibility and cultural issues. 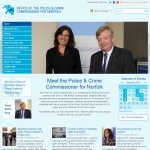 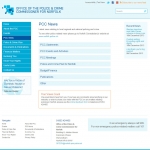 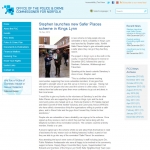 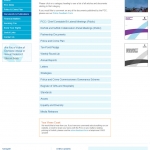 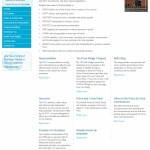 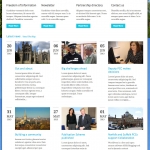 Version 1 of new design, rejected as it didn't meet accessibility 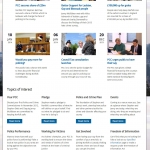 Version 3 of the new design Homepage 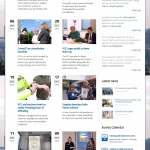